Seeing as Splatoon 2 is coming up really soon and I intend to buy it together with the themed Pro Controller, I have been extra stingy around the Nintendo eShop. I did get really close to buying Shantae: 1/2 Genie Hero but ran away at the sight of the “Pay” button.

However, still craving some side-scrolling action and not yet recovered from the high of the new Netflix Castlevania show, I decided to go digging to see if I still had Castlevania: Dawn of Sorrow for the Nintendo DS. Sadly, it must have been one of the many titles I traded in. Shame on me! Tried checking used availability online… and was quickly shot down by $25 price tags on all the DS era Castlevania games.

What then? I dove deeper, now searching for my copy of Castlevania: Circle of the Moon for the, wait for it, Game Boy Advance. And, I found it, proudly serving as the GBA port dust protector on my original first generation Nintendo DS. A few moments later, I was already running around whipping skeletons and throwing daggers on my still perfectly functional Game Boy Advance SP (the flippy one with the built in backlight).

Castlevania: Circle of the Moon

The game is just as fun, maybe better, than I remember. Nothing about the controls feels aged. Neither do the graphics. Certainly the sprites and environments are more pixelated than what you get today but, on that screen, they look and feel just right; no remakes needed.

It is harder than I remember too which is a welcome surprise. The poor whip wielding hero has seen death several times which results in losing all progress since the last time he visited a save point. These are well distributed enough that dying is an annoying occurrence but rarely a “drop the game and never come back” situation; unless whip boy is not thorough and skips a Save Room. So, overall, the game has that well balanced thrill and challenge of staying alive long enough to make it to the next Save, which does recover health and magic back to full. Boss rooms do seem to sneak up on whip boy and can be quite challenging so do tread carefully.

The one piece of this puzzle that was fine “back in the day” but is a little hard to stomach now is how washed out the colors look on the Game Boy Advance SP. After a few minutes of playtime, my eyes will usually adjust and all is well. But, it really surprised me. I have very fond memories of how thrilled I was going from the original Game Boy Advance (with no backlight) to the SP. Frankly though, it is still miles better than trying to play the game with the backlight off.

As a caveat, I have the first release of the SP which did not have the nicer Nintendo DS Lite-esque screen.

Needing to take breaks after a few annoying deaths but still wanting to toy around with my super portable and light rediscovery, I sifted through the rest of my GBA collection for an alternate title to play. The one that stood out the most was Final Fantasy I & II: Dawn of Souls. I still have not beaten the original Final Fantasy so I figured I give it yet one more try.

I have fresher memories of Final Fantasy I, having toyed around with a recent free version on my phone. Regardless, the game is still fun and the constant musical nostalgia makes it such a treat, especially in contrast with Castlevania. Granted, I have not gotten far enough to get destroyed by a tough enemy or find myself completely lost not knowing where to go. We shall see how long the honeymoon period lasts.

Anyways, these two games have helped me keep my sanity as I “patiently” await the release of Splatoon 2. Still not sure how it happened, but I am super hyped about Splatoon and Friday cannot get here soon enough! 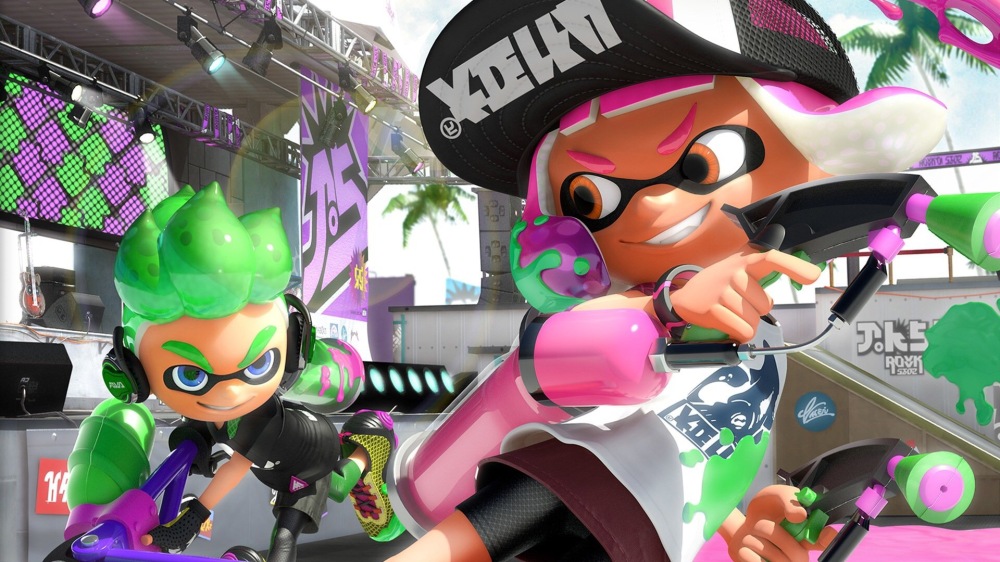