On January of last year (2017), Nintendo streamed the first official Switch presentation and millions tuned in live hoping to finally get some much needed details about the console, its features and what games we could expect during its launch. Prior to that livestream, all the information fans had to go by came from the October, 2016 reveal trailer.

The presentation had its ups and downs. A lot of exciting games where announced like a new title in the Travis Touchdown series (No More Heroes), Splatoon 2 and Super Mario Odyssey which was untitled at the time. Also, the console’s launch date of March 3rd was announed! This was a big surprise. Nintendo had said “March, 2017” on the reveal trailer but the company does not have the best record for following through on release dates. They also revealed the price of the console and the two color options. 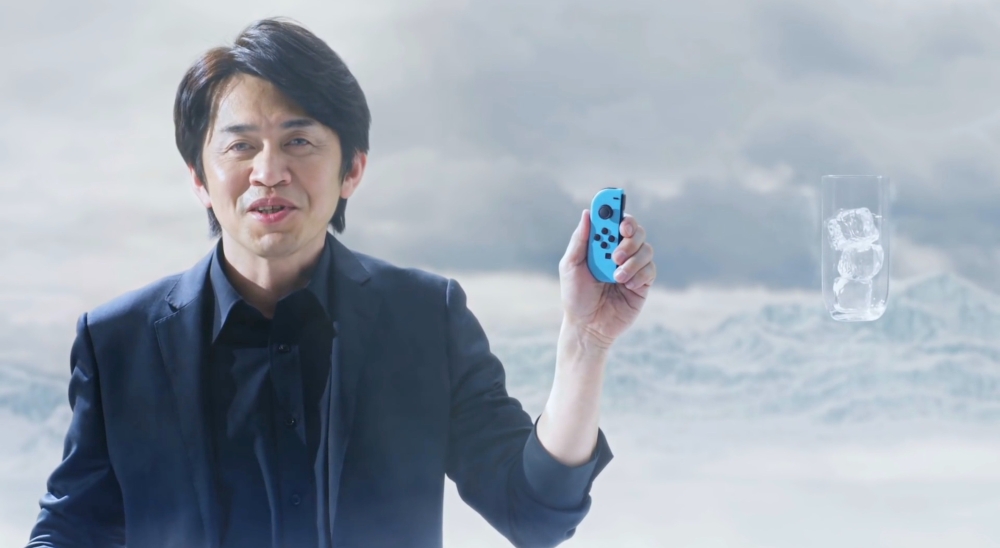 A resounding turn-off about the presentation had to be all the time spent presenting the features housed within the JoyCons. Especially the very “cheesy” bit where Yoshiaki Koizumi showed how the new HD Rumble feature can make it feel like there are two ice cubes moving around inside the controller. It surfaced a lot ongoing concerns the Switch would be another “gimmick” console.

Regardless, all through the presentation, there was one title missing. The one everyone was silently waiting for. And I think this is where Nintendo’s new brilliance and awareness of the market really shined through for the first time. The very last thing shown on the presentation was a trailer for Zelda: Breath of the Wild and it is probably one of the best game trailers to-date. I still watch it from time to time and get chills.

Join me for a quick recap of this amazing trailer and what I believe made it pop the way it did. A link to the trailer is posted at the end. Also, any numbers showing in this format, #:##, refer to specific times within the trailer.

The trailer opens with several bird’s eye camera pans flying over beautiful scenery and it is not immediately clear what game is on display. The art style is obviously similar to all the Breath of the Wild content we had seen before but we cannot be certain. The initial music track being played also has no familiar melodies; just a sad, almost melancholic, acompanyment to the scenery. Very reminescent of a movie trailer. It is only around 0:44 that the Master Sword is shown, aged but still glowing, and it becomes obvious we are all about to see a Zelda trailer. As if resounding with the audience, the music begins to pick up and leads into a much more upbeat tune. And, by 0:57 we get a fly shot over our favorite Hylian hero overlooking a vast grassy plateau towards a barely noticeable Hyrule Caslte, covered in darkness.

Shortly after a few scenes of Link traversing different interesting environments, at 1:16, the voice of an old lady starts to introduce the story. The music picks up once more at 1:33 to show what seems to be the beginning of some calamity; maybe what the narrator refers to as “the Calamity Ganon”. It is soon after, at 1:46, that the muscial, visual and emotional rollercoaster that is this trailer truly begins. And it starts with tons of action moments involving Link and different types of foes and hazzards.

At 2:12, the action and music come to a halt to give way to a new surprise. What looks like the Great Deku Tree is shown towering before Link and a voice starts to directly address the hero. Voice acting! The game will have voice acting! It was a chilling moment. Never before had a main series Zelda game had voice acting.

“I think you are now ready. Ready to hear what happened one hundred years ago!” These words lead into to what I believe is one of the best intesity climbs I have ever seen in a trailer of any sort. We are shown Zelda. And it is a Zelda unlike any we had ever seen before. She seems worn and distraught, almost defeated. The journey one hundred years ago was not an easy one. She turns towards the camera and her eyes are filled with concern and sadness. At 2:39 we hear her. But, what she is saying is not inspiring. It is hearbreaking. This ends shortly with the climax of the trailer as the entire action and music stop to show Zelda crying inconsolably and throwing herself at Link’s chest. 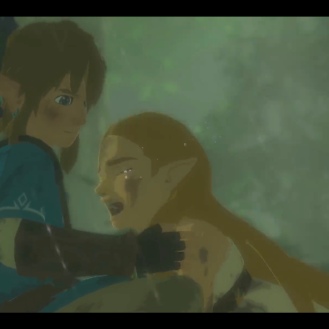 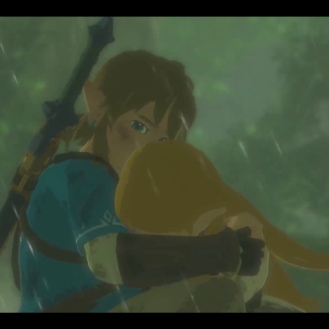 What follows is pure bliss as the music picks up, finally building into the theme we have come to love but in an entirely new unheard and epic way. Character after character is put on display showcasing the breadth of the cast and cinematic moments the game will have. I cannot get enough of this segment and still have been unable to find where that theme came from which leads me to believe it was composed and recorded specifically for the trailer. Culminating the action at 3:09, we hear the words “You must save her, my daughter!” Then the title is put on screen to echo for a few moments within our stupefied minds.

When you think it is all over, Zelda’s voice comes through one last time at 3:30, “Open your eyes.” And, the well known scene of Link opening his eyes is put on screen. Then, after a short fade the date “03.03.2017” is put on screen. My heart and I believe the hearts of every fan stopped in elation at that moment. Nintendo had just given us the game’s release date. And that release date was the same as the just announced release of the upcoming Switch. Zelda: Breath of the Wild was going to be a launch title! It was a literal “mic drop” moment and Nintendo accomplished it with a trailer. No person on stage or in front of a camera. Just an astounding production and three numbers.

And, although not all fears were appeased that night about the future of the upcoming console, something in the air felt different. There was true excitement and optimism. It was obvous that something had clicked within Nintendo. It was time to rise again.

The rest is pretty much history now… 🙂

If you read this far, I cannot thank you enough for joining me on this weird attempt at breaking down the brilliance behind this trailer or, at least, bring attention to how well crafted it was.